Oleochem Analytics — Malaysia’s end-August palm oil stocks jumped to the highest level in more than a year rising by 25.28% from the previous month to 1.87 million tons, data from industry regulator Malaysian Palm Oil Board (MPOB) showed on September 10.

This is the highest end-month stocks level since June 2020 for Malaysia, when they hit 1.89 million tons, according to MPOB data. 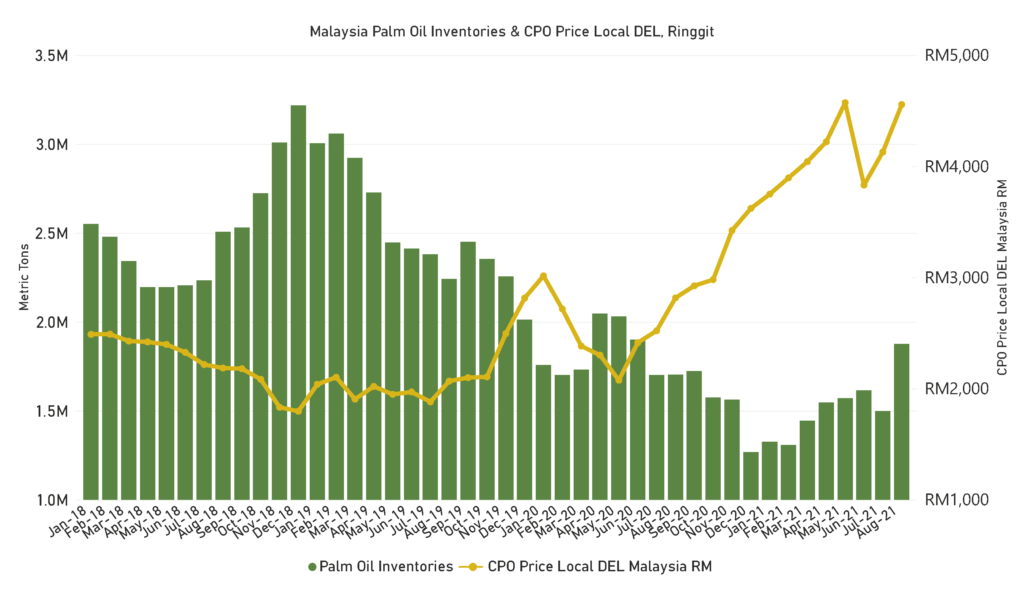 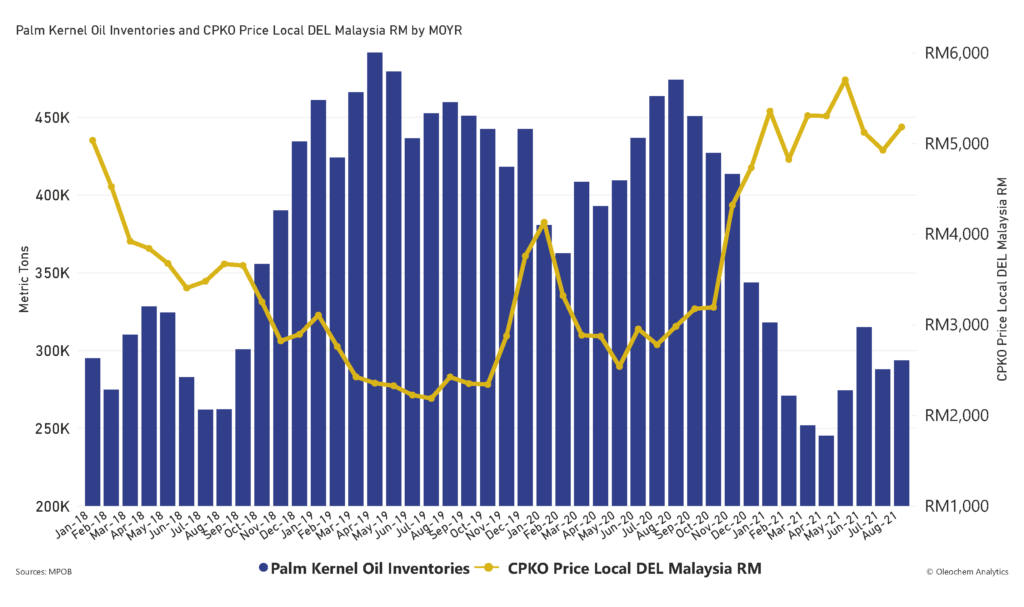