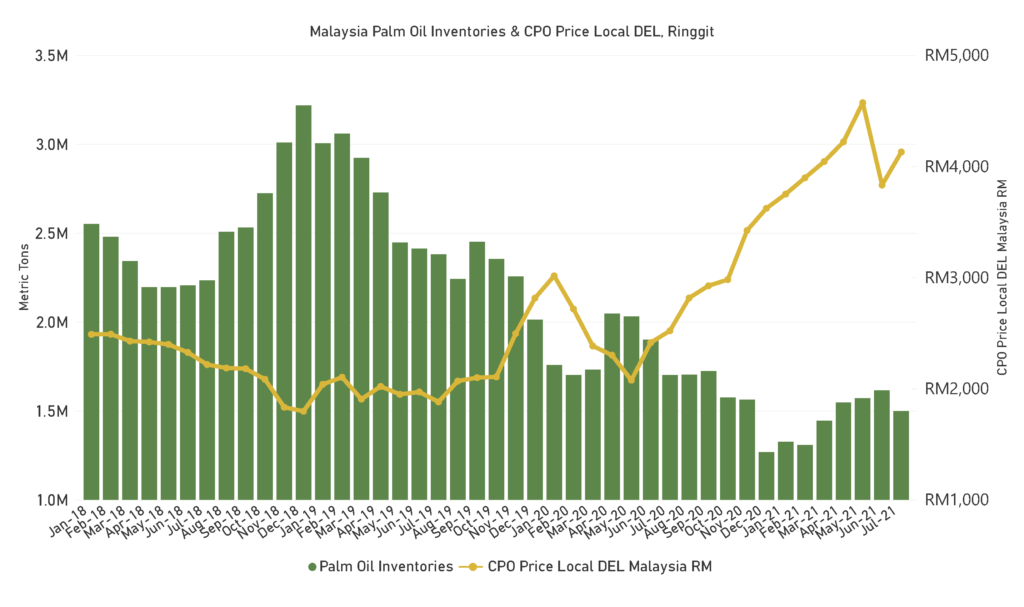 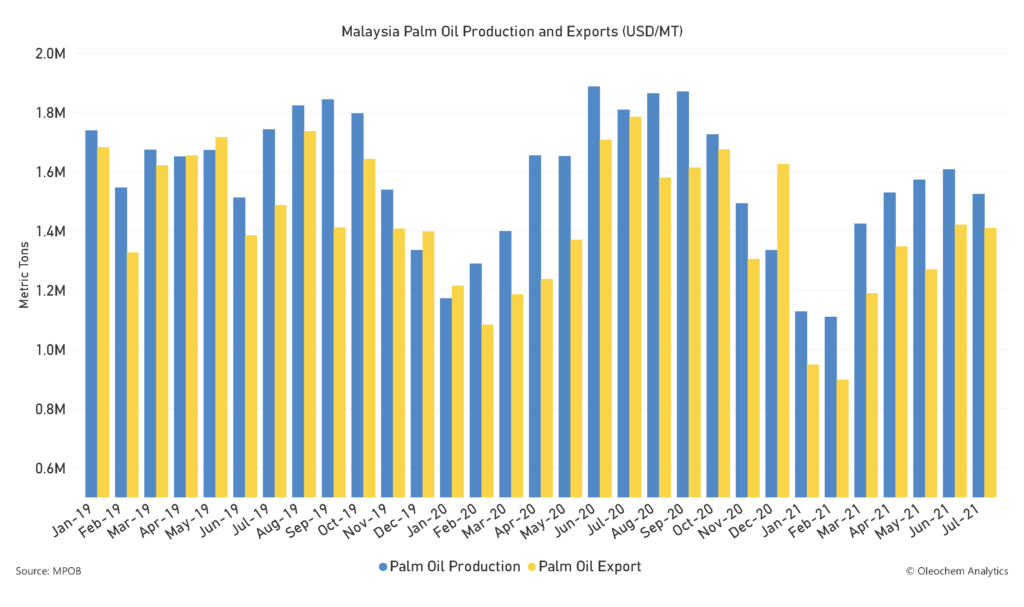 Prices for Malaysia’s crude palm oil are likely to be affected by the national total lockdown announced June 1 by the country, tighter supplies and the strength in prices from competing edible oils, such as soybean oil.

Malaysia’s total lockdown, that was originally set to last until June 14, was extended indefinitely until daily cases fall below 4,000, as a counter measure against the spread of Covid-19. Malaysia reported 19,991 new coronavirus cases, and 201 new deaths on August 6, according to the John Hopkins University Resource Center.

Malaysia has also one of Asia’s highest rates of inoculation, with 28,94% of its 32 million population being fully vaccinated, according to the John Hopkins University Resource Center.

Even though Malaysian government has said lockdown measures would only be eased when 10% of the country’s population had received two doses of Covid-19 vaccine and the rate of bed usage in intensive care units is at a moderate level, it has not announced any changes on the lockdown measures.

Menu
Notice: By accessing this site you agree that you will not copy or reproduce any part of its contents (including, but not limited to, single prices, graphs or news content) in any form or for any purpose whatsoever without the prior written consent of the publisher. © 2023 Argus Media group. All rights reserved.
Scroll to Top