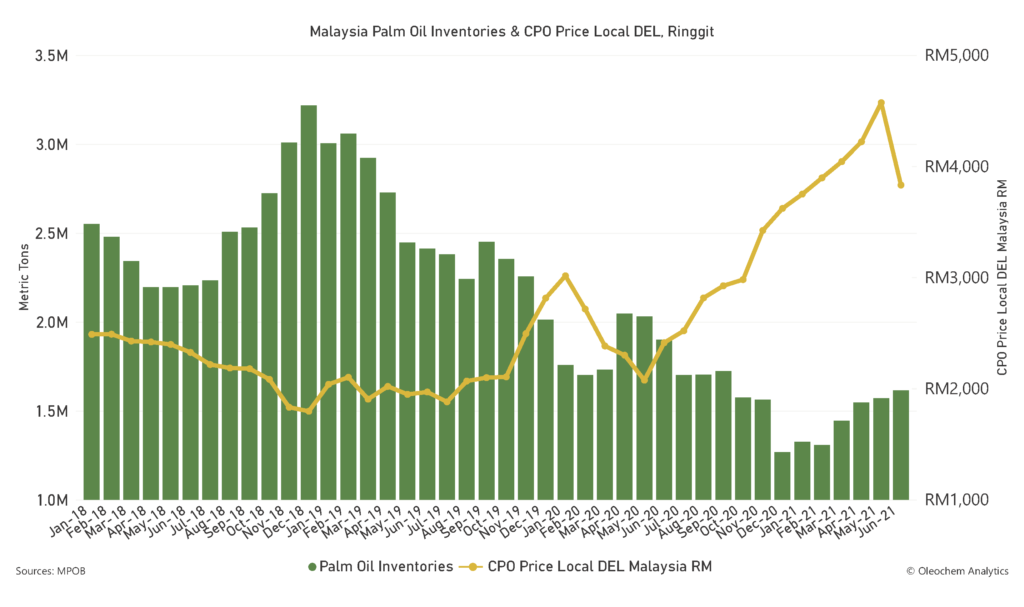 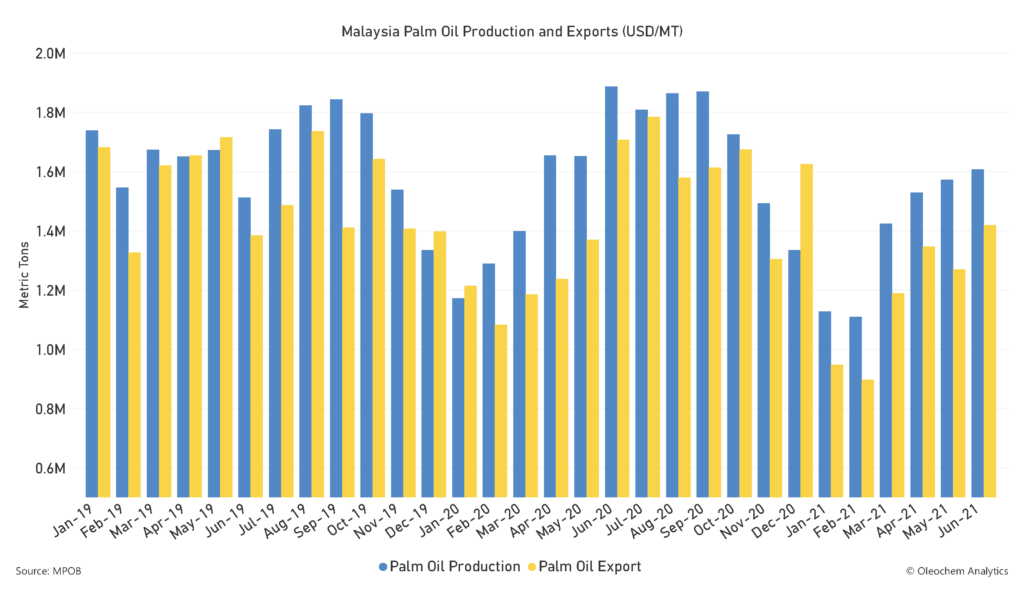 Prices on Malaysia’s crude palm oil are likely to be affected by the national total lockdown announced June 1 by the country, and the strength in prices from competing edible oils, such as soybean oil.

Malaysia’s national total lockdown, that was originally set to last until June 14, was extended at the end of June until daily cases fell below 4,000, as a counter measures against the spread of COVID/19.

Malaysia reported 11,079 new coronavirus cases on Tuesday (July 13), the first time it has recorded a five-figure breach in infections in a single day. It counts for 844,870 cases overall, one of South-east Asia’s highest per-capita infection rates, according to the John Hopkins University Resource Center.

Malaysia has also one of Asia’s highest rates of inoculation, with 11% of its 32 million population being fully vaccinated.

Even though Malaysian government has said lockdown measures would only be eased when 10% of the country’s population had received two doses of Covid-19 vaccine and the rate of bed usage in intensive care units is at a moderate level, it has not announced any changes on the lockdown measures.