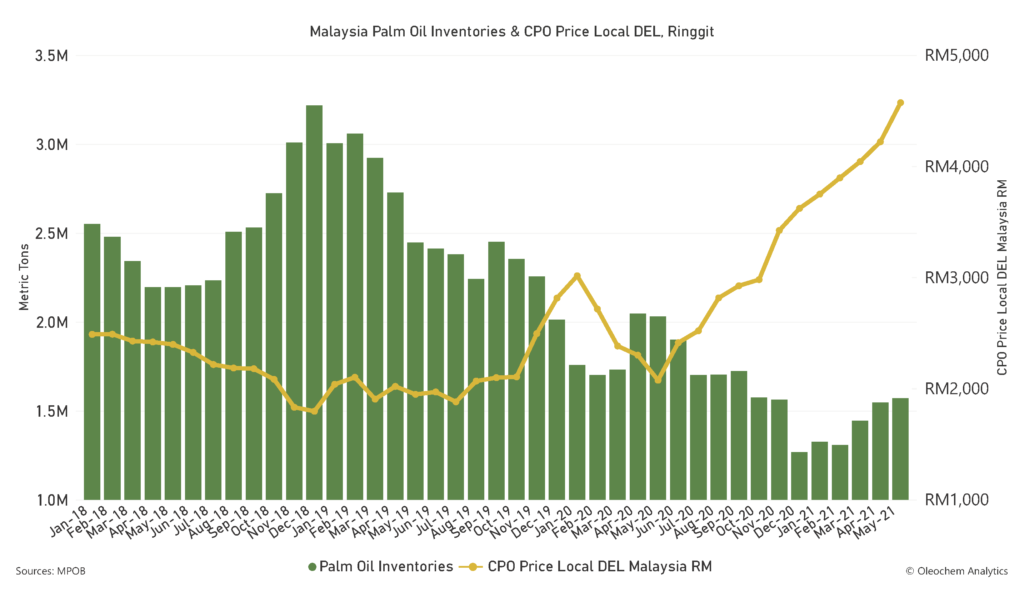 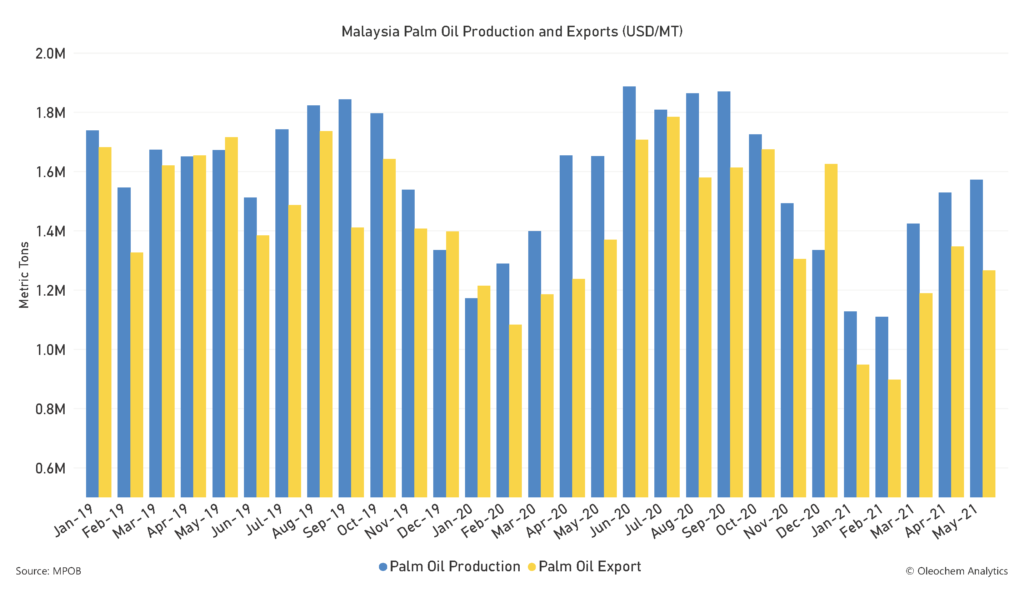 Even though palm oil products have seen a strong demand recovery amid China and India restocking activities, prices on Malaysia’s crude palm oil are likely to be affected by the national total lockdown announced last week by the country, and the strength in prices from competing edible oils, such as soybean oil.

Malaysia’s national total lockdown, that will last until June 14, limits workforce capacity in enclosed spaces like palm oil and biodiesel processing plants to 60%, while plantation and nursery workforce capacity will be able to operate as normal at 100%, according to the Malaysian Palm Oil Board (MPOB).