Oleochem Analytics — Global demand and export for palm oil products will see a strong recovery during the next three months as China and India will need to restock amid depleted inventories.

China’s soybean crushing volume has been affected by the prevention and control of the African swine fever which has promoted the potential growth for palm oil imports and consumption. 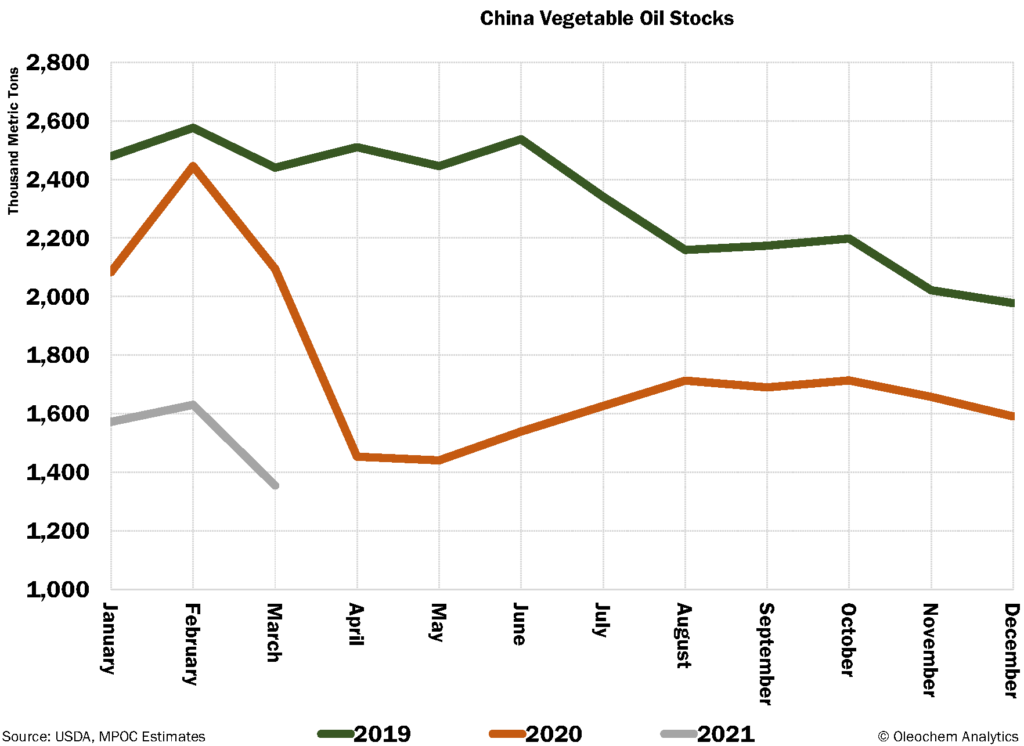 India is also seeing sharply lower stock levels and in March 2021 stocks were 48% lower during the same time last year and 20% lower than the previous month. Uncertainties about international prices and increase in infection rates have resulted in a conservative approach to demand expectations. 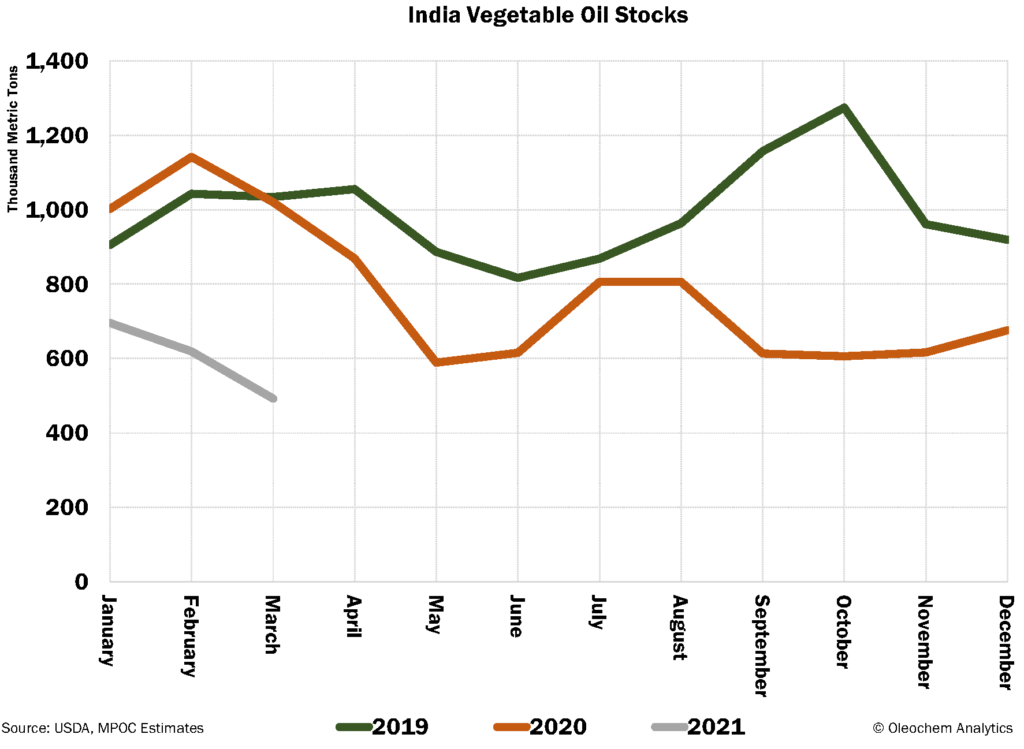 India is the world’s largest palm oil importer and buys around 7-8m MT of it every year to meet its domestic demand. Most of that demand is met by Indonesian suppliers. However, Malaysian palm oil’s share in India is expected to rise to 3m MT in 2021, according to the MPOC.

Prices for the cheapest edible oil in the world have been high during the past year due to lower supply in Malaysia and Indonesia as a labour shortage caused by Covid-19 and adverse weather conditions caused by La Nina limited yields.

Buyers are heard waiting for the palm oil prices to go down in order to make their bookings, but while prices are expected to dip, strength in prices from soybeans could limit much downward price direction of competing edible oils.

India is expected to be the leader in purchasing palm oil products this year despite the high prices, since it is still one of the cheapest edible oils in the market. 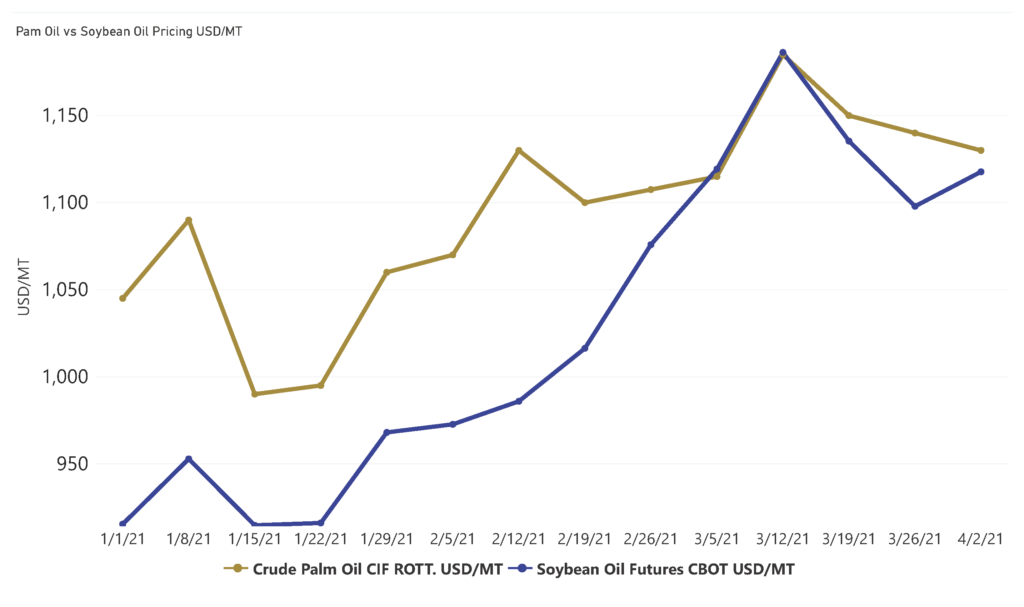 Indonesia and Malaysia, the two largest producers of palm oil, exported a total of 6.3m tons of palm products to China in 2020. However, China’s inventories have been in deficit for many months and the latest data showed that stocks were down by almost 27%.

Palm oil exports to China are expected to increase to 6.6m tons this year to make up for the shortfall with most exports from Malaysia, as the country has more competitive crude palm oil prices compared to Indonesia.

Since December, Indonesia has initiated a progressive export levy system based on crude palm oil’s market price to fund its internal biodiesel program. Currently, Indonesia charges an export duty of $116/mt along with $255/mt in export levy, which amounts to $371 on every metric ton of crude palm oil.

Malaysia charges an 8% export tax on CPO, which amounts to about $84/mt.

Malaysia is the second largest producer of palm oil in the world after Indonesia, and exports more than 17m MT of palm oil a year. In 2020, it exported 12.95m MT of processed palm oil (PPO) and 4.42m MT of crude palm oil.

Looking ahead, palm prices should decline starting in the second half of 2021 as inventories are restocked and ahead of the next harvest/crush season.