KUALA LUMPUR — Malaysia’s palm oil inventories in October declined to their lowest in more than three years, down 8.6% month-on-month. The decline is because of lower production and an uptick in seasonal buying from key importer India. 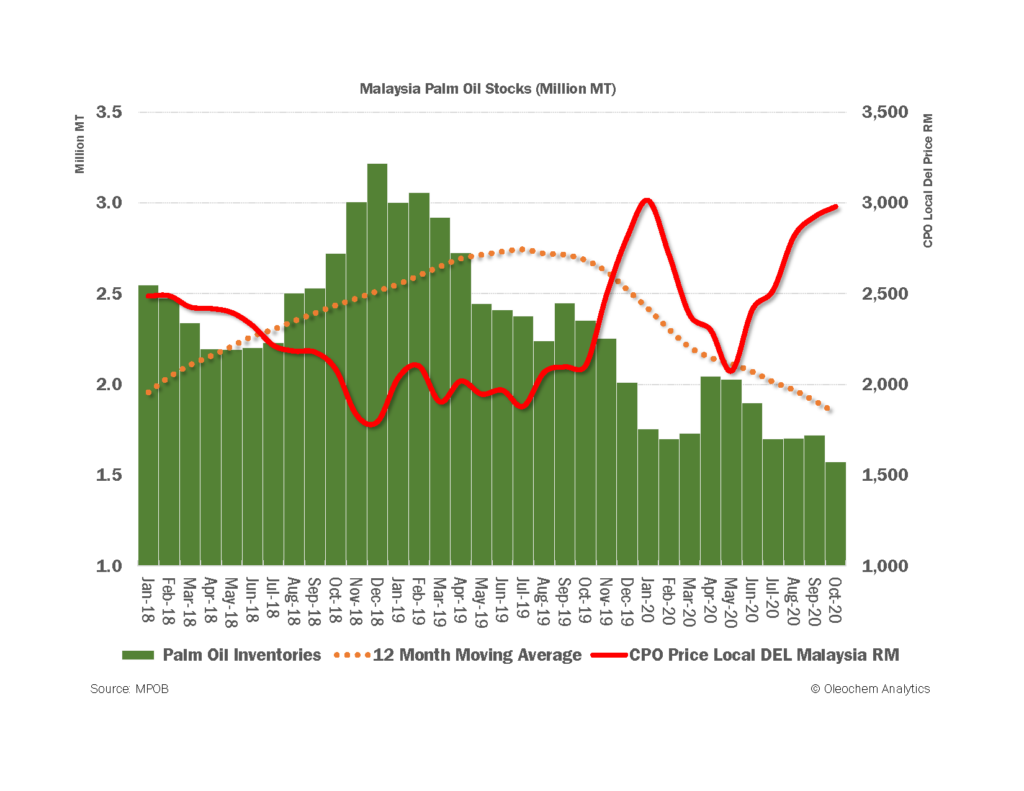 Inventories for the world’s second-largest producer of palm oil dipped to 1.57 million tons, the lowest since June 2017, the Malaysian Palm Oil Board (MPOB) said. 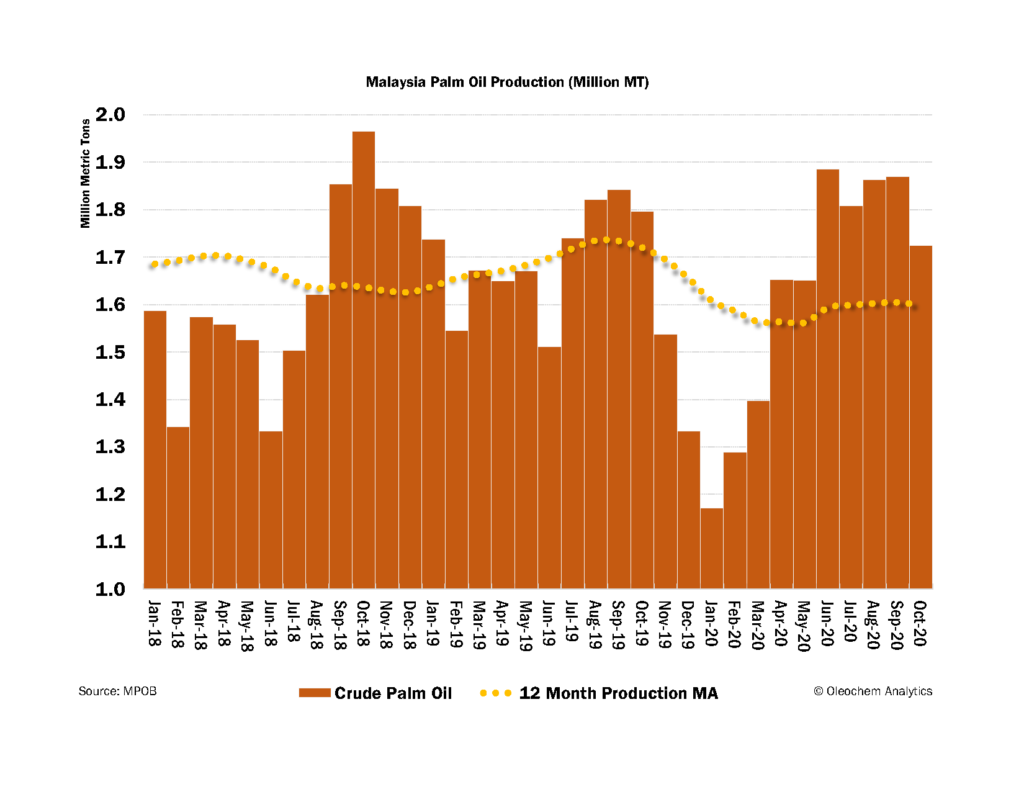 Palm oil exports rose less than expected, ticking up by 3.8% to 1.67 million tons and up for a second month, the MPOB said. 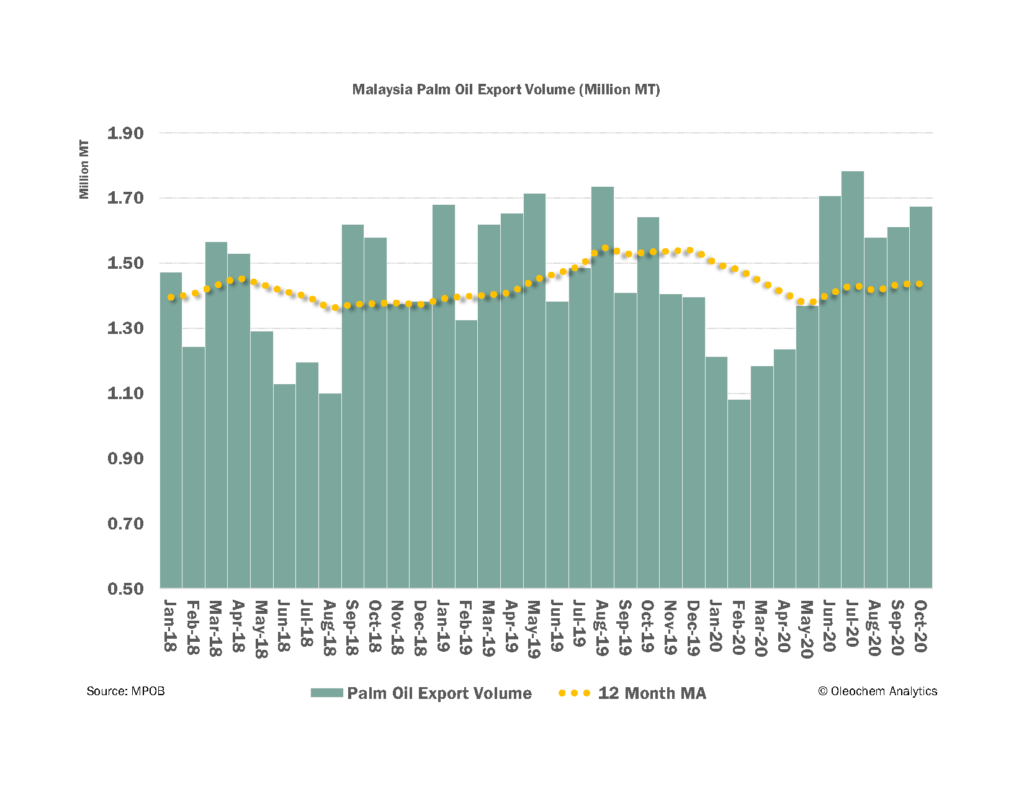 Shipments to top buyer India in November will ease after the festive season and may limit palm oil exports. The market is now starting to watch November export figures. Cargo surveyors have flagged that shipments from Malaysia during Nov 1-10 fell between 17% and 19% from the same period in October.