Malaysia’s palm oil stocks at the end of August rose slightly, official data showed on Thursday.
Palm oil inventories in the world’s second-largest producer increased 0.06% from the previous month to 1.7 million tons, marking the first monthly gain since April, according to data from industry regulator the Malaysian Palm Oil Board (MPOB). 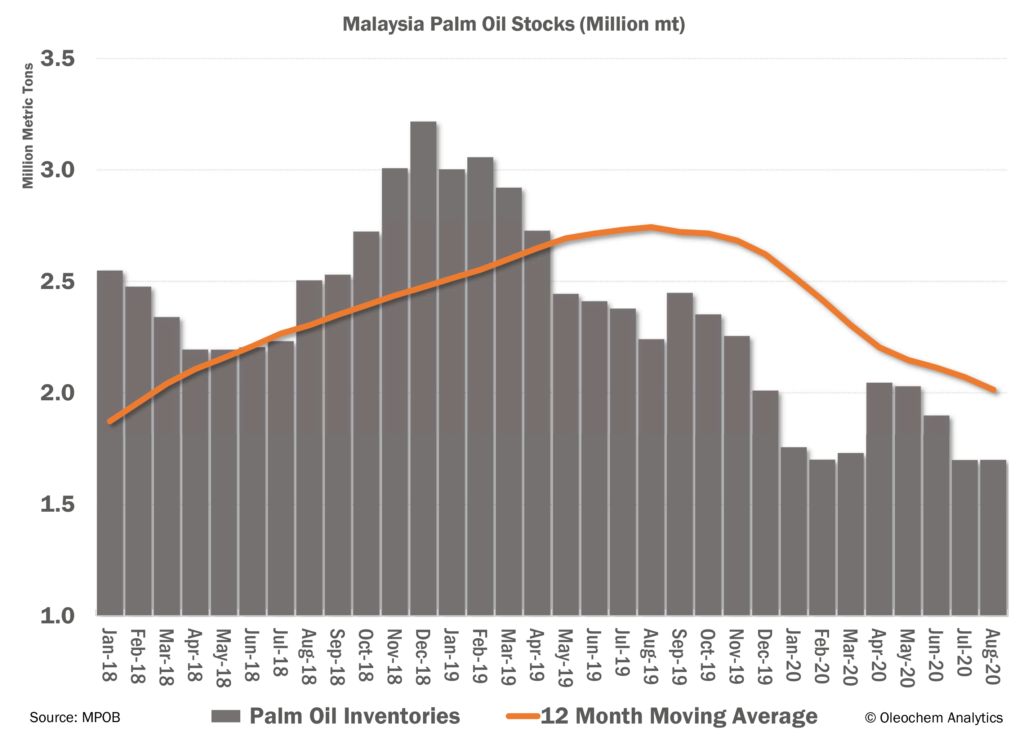 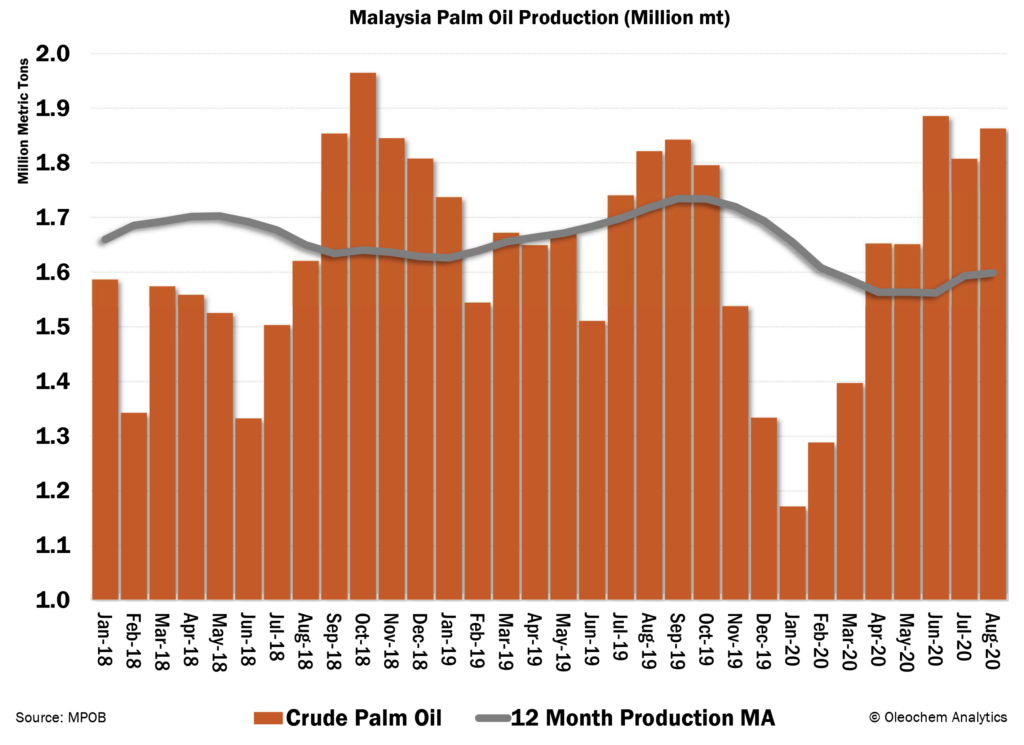 Exports slumped 11.3% to 1.58 million tons, the lowest since May, as top buyers India and Europe reduced purchases.

Shipments to India, the world’s largest edible oil consumer, fell 27%, while those to Europe declined 7%.
The market will now wait for September production numbers for further price direction.